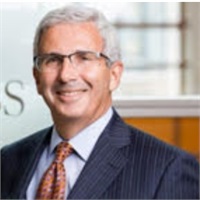 Michael was born and raised in Lakeland, Florida. As a teenager, he began working at his father’s jewelry store. It was here where he learned about the mechanism that gave Tourbillion Financial Advisors its name and mission. After college and graduate school in Washington, DC, Michael spent more than 20 years in corporate finance, working for The World Bank, The International Finance Corporation, and Bombardier Aerospace. He also spent time managing commercial real estate in Miami and in music publishing and record licensing in London.

In 2002, Michael made the transition to Wealth Management  and joined UBS Financial Services in Washington, DC. Michael advised UBS in starting its aircraft finance business. From this, Michael focused his business on aircraft owners and those businesses and clients in general aviation. Michael founded Tourbillion Financial Advisors, in 2020. Michael is on the Board of Directors of the Chamber of Digital Commerce. He is also a board member of his Synagogue and is a Disaster Action Team member for American Red Cross.

In his free time, Michael continues his love of flying as a multi-engine instrument- rated private pilot. He also enjoys traveling, cooking, and spending time with his wife and teenage daughter.